The Moving of a Stone (La conducción de una piedra) 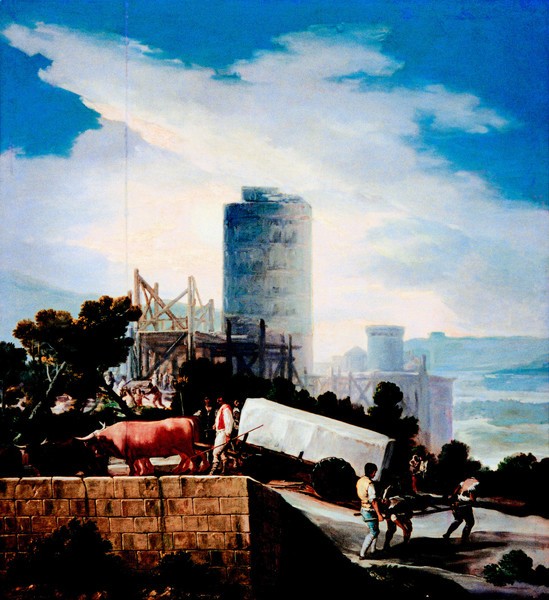 Goya was paid 2,500 reales for this painting.

The description states: "7. ... a large construction site, to which a block of stone is being carried by two pairs of oxen, and a poor man, who has done himself an injury, being carried off on a ladder, and three men who look on in pity, with its corresponding landscape". The apparently calm scene, in which we see some men at work on a large construction, is interrupted by what would have been an occurrence as common, if not as pleasant, as those depicted in all the works that make up this series. One of the workers has done himself an injury (in Spanish, "se ha desgraciado", which could be translated as "has come unstuck"), as Goya points out in his description. This expression is usually a euphemism for drunkenness, as Tomlinson reminds us, and was possibly meant as a criticism of the unhealthy habits of the common people, frowned upon by the ilustrados. Goya was to return to this same theme in the tapestry cartoon The Injured Mason, the finished work produced from the sketch The Drunken Mason.