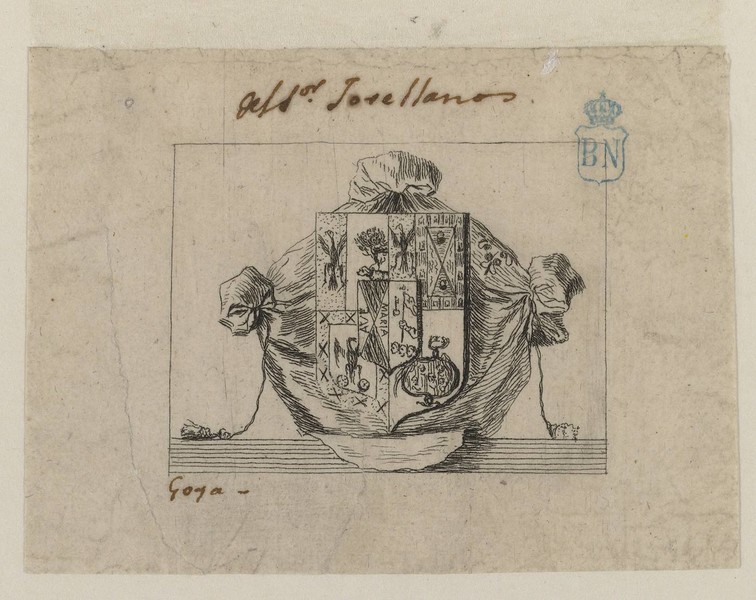 Only two state proofs of this etching are known to exist.

Gaspar Melchor de Jovellanos (Gijón, 1744- Navia, 1811) was a Spanish ilustrado writer, lawyer and politician, with whom Goya maintained a close friendship which lasted right up to the Asturian's death. It may have been this relationship that prompted the painter from Aragón to make an etching of the coat of arms of the Jovellanos family, who were of noble birth although they lacked any great fortune. This print was probably meant to be used as the ex-libris for one of Jovellanos' books.

It was not the only work that Goya carried out for his friend: between 1797 and 1798 he also painted his portrait, whilst Jovellanos was Minister for Grace and Justice.