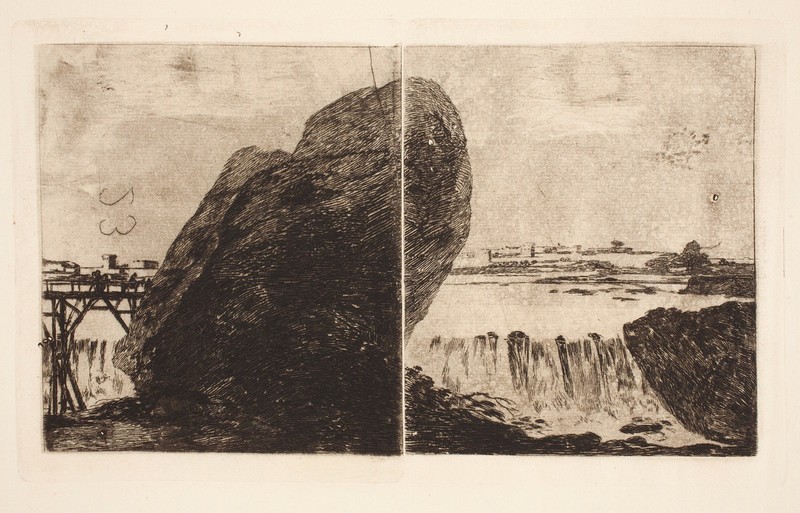 See The Blind Guitarrist. In 1810, Goya divided the copperplate of this work in two to make etchings no. 14, The way is hard!, and no. 30, Ravages of war of his Disasters of War series.

Very few state proofs of this etching have survived.

The preparatory drawing made for the print is in the Prado Museum.

On the left-hand side of the etching, in the foreground, Goya has placed a large rock, behind which we can see a river and a waterfall. On the far left, the painter has etched a small wooden bridge.

This print must have been made at the same time as Landscape with Cliff, Buildings and Trees, in which we see the same huge rock, but this time placed not on the left- but on the right-hand side. This detail suggests that the two images may depict the same place seen from two different angles and, perhaps, at different times.

Goya has used aquatint to render the leaden sky and part of the water, whilst again using etching for the rock, which has been built up using lines slanting in different directions to obtain a sense of its shape.

This solid rock, here taking up a considerable part of the landscape, can be related to the painting traditionally attributed to Goya, City on a Rock.

The plate for this etching has been divided in two.