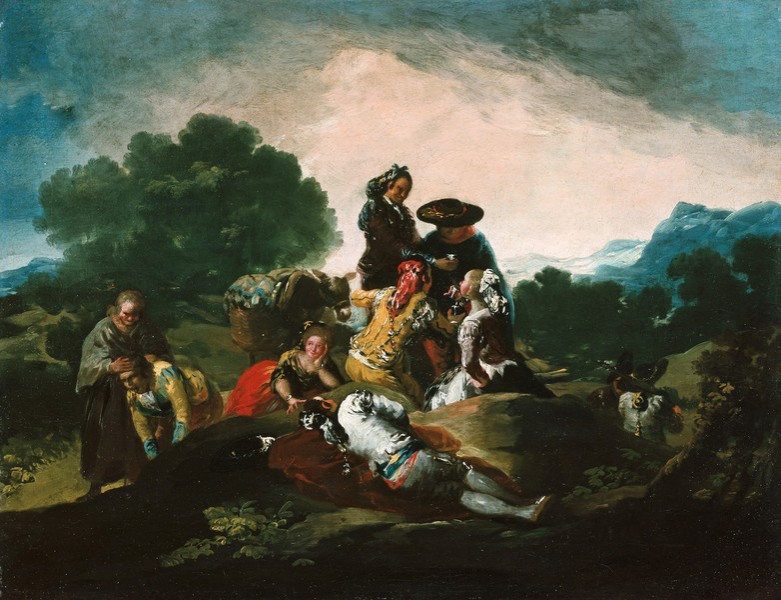 Supposed sketch for a tapestry cartoon that was never carried out.

This study came to light thanks to Xavier Desparmet Fitz-Gerald, who published it in his catalogue. Gaya Nuño also considered it to be an original Goya in his publication of 1958. Morales does not hesitate to point out that this sketch could have been a preparatory study for the cartoon The Picnic, just like Majos Picnicking, a sketch whose attribution to Goya has given rise to many doubts.

Going by its dimensions, it appears that this work could have formed a pair with another supposed sketch, The Hijacking, which never made it to become a tapestry, either.

A group of people have gathered in the countryside for a picnic. On the left, somewhat separate from the rest, a young man is feeling unwell after having overindulged, and an old woman holds his head, whilst a maja looks on cheerfully.

If this work was in fact a sketch for a tapestry cartoon that was never made, perhaps the causes that prevented its execution were the unsuitability of the subject matter taking into account the tapestry's destination, or the complexity and technical difficulties that copying it to the loom would have involved.